I’ve been spending some free time hanging around a node.js game called tagpro. It’s a dead simple CTF game and pretty fun. When you die, you leave behind some splattered paint. This got a few of us thinking we could make an interesting heatmap of all of the splats from a game. We ended up with two versions, heatmaps and splatmaps. 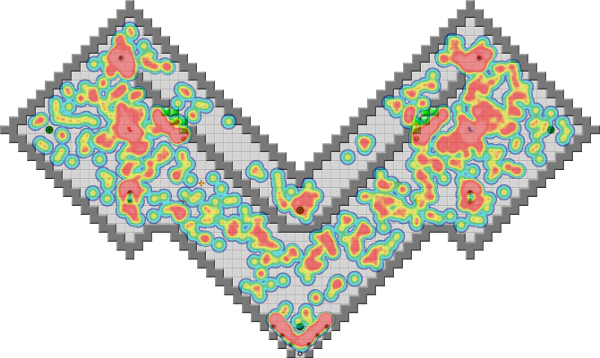 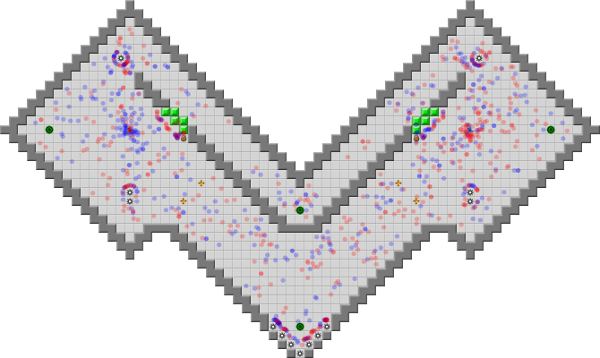 To collect the splat information I wrote a chrome extension which will listen for all splat information sent to the client and store it. When you want to dump all the info, there are commands in the console to export to JSON. Once we had the data, my buddy steppin modified his pre-existing map previewer to overlay the splat data.

To see the rest of the heatmaps see the imgur album.